Creating your own reality; the power of imagination 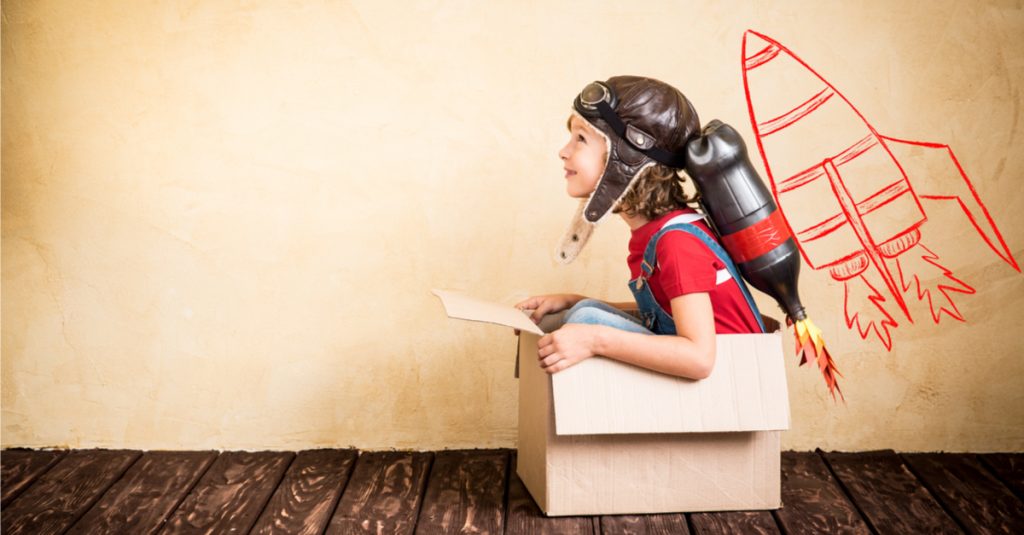 The world is an increasingly complicated place. That’s primarily down to the rapid rate of technological advancements, disrupting human environments and creating realities far beyond the wheat harvesting imaginations, of our ancestors.

Whilst our environment is ever-changing – the human mind takes a while to adjust. In fact, our mind’s make short-cuts, in an attempt to assimilate, with ease, the noisy world around them. They most commonly do this, by taking something complicated and internalising it as a story. This method makes the complicated, more accessible.

Statistician and author Nassim Taleb calls this the narrative fallacy, which describes our mind’s inclination to weave different facts, into a simple narrative, so that it can easily connect things. This simple finding, powerfully explains how we use imagination to create our own reality, in the following ways;

If we primarily understand complexity through narratives, then those who imagine can inspire the world’s outlook.

Simon Sinek author of Start With Why, rose to fame, for his findings on what goes viral in marketing “people don’t buy what you do, they buy why you do it”.

What took us from the wheat harvesting society of our ancestors to the technologically advanced society we live in now? It took imagination. Imagination is the mother of discovery.

Before we push anything forward we have to have a vision of what we want “forward” to look like.

We often (myself included) build our own future based on what we already know around us. But, how would we get anywhere, different without the power of imagination? It’s a powerful tool which has shaped the world around us.

Imagination not only moulds our own reality but it moulds collective reality. In his book Sapiens: A Brief History of Humankind, historian, Yuval Noah Harari, argues, that based on our current knowledge, it appears the primary differentiator between humans and animals, is the human ability to imagine things and then collectively treat them as a part of reality.

In philosophy, this is known as intersubjectivity. A few examples of intersubjectivity are corporations, ethical systems and ideologies. None of these collective beliefs are tangible. They only exist because someone imagined them, we collectively choose to believe in them and then created systems in accordance with those beliefs.

In essence, so long as our prepositions do not lie outside of scientific laws, there is no reason why we can’t build some sort of concrete reality, based on our own imagination, if we can convince others to buy into our supporting systems.

The imagination is a weapon far more powerful than any other skill of our brain. Its where knowledge and creativity harvests and it propels civilisation into different, more complicated, realities at alarming speeds.

So long as you keep imagination alive, your horizons are, in essence, boundless.